Someone sent me this beautiful Sensex chart a couple of days back. The chart shows how the stock market returns look like over short and long periods of investment.

There is not a single 15 year period where the market return has been negative.

Since the beginning of time, when Sensex was born (1979), pick any 7-year period, you will notice that there are only 3 instances when the return was negative.

Let me explain how to read the chart below.

The 2nd and the 3rd columns show the Sensex level on March 31st for all years since 1979.

Note that these are annualized returns considering a one-time investment at the beginning of the fiscal year. 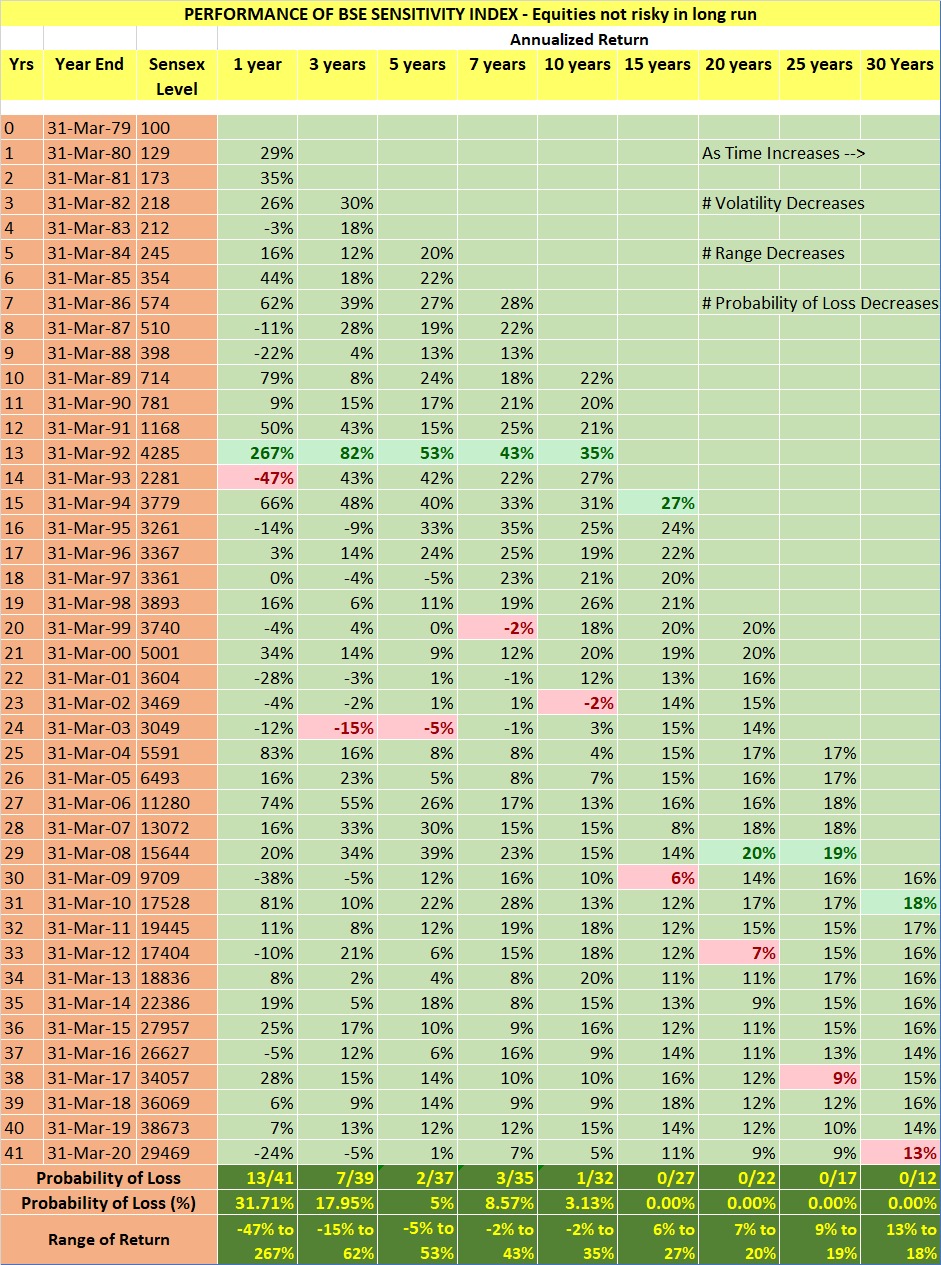 Let’s start with the ‘1 Year’ column.

Notice the return of 267% during the 13th year? That is the highest ever annual return. The next year, it returned a negative 48% (red font, highlighted in yellow). This is the worst one year return. You will also notice that there are 13 years out of 41 years when Sensex lost money. That is a 32% probability of losing money on annual gains (losses).

Let’s fast forward to the column ’10 Years’. Notice how the best period have a return of 35% and the worst period lost 2%.

Next, look at the ’15 Year’ column. You will notice that the Sensex has gained in each and every period. More importantly, the gain has beaten the average inflation almost always.

If this chart doesn’t convince a person about the long term risk and reward, nothing else will.

If we extend this logic and apply it to a basket of blue chips, the returns may be possibly higher.

Now is an excellent time to identify good companies and start building a solid portfolio.

In my book, ‘Stock Picking Made Easy’, you will find a simple strategy to identify great companies at reasonable valuations in the Indian Stock Exchange.

Identifying great companies at the right time is the key to long term wealth creation.